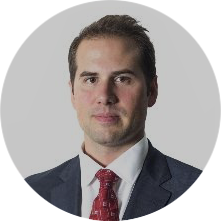 Mr. Rogers is an entrepreneur and lawyer with private and public start-up experience in a range of industries and operational roles. Recent work has focused on public listings and corporate restructuring in the life science and energy industries. From May 2017 to July 2017, Mr. Rogers was CEO and director of Dagobah Ventures Ltd., which subsequently acquired Clear Blue Technologies International Inc., an off-grid alternative energy company, through a share exchange, TSX-V listing transaction and concurrent financing. He continues to sit on the board as an independent director. From February 2017 to December 2018, Mr. Rogers was a director of RepliCel Life Sciences Inc., a TSX-V listed autologous cell therapy company, as it underwent a successful corporate restructuring and the completion of a strategic investment and international technology licencing agreement. From March 2015 to October 2017 he was CEO and director of Coronado Resources Ltd., a TSX-V listed natural gas co-generation company, which underwent a corporate reorganization and the disposition of distressed assets. Mr. Rogers has held several other independent board and management positions with exchange listed issuers, including currently serving on the Board of Seashore Resources Partners Corp. He holds a Bachelor of Science degree and LLB degree. He is a member in good standing of the Law Society of British Columbia.